Why come to China if all you are going to see is the inside of a classroom? Beijing is a wonderful place with a long history which everyone should experience. We want our students to do this without having to join a tour group where half the time is spent in the souvenir shops. We want our students to go to the sights, ask questions, and have life long memories. To do this we offer many one day tours, that depending on the student package is either included or can be added separate.

Some of these trips include: 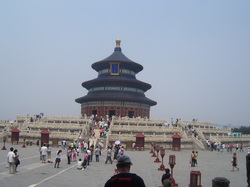 Temple of Heaven: 267-hectare Park that originally served as a place to pray for good harvest. At all hours people are in this park dancing, flying kites, drawing, taking photographs, playing cards and relaxing in the peaceful surroundings. 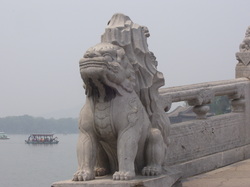 Summer Palace: The home for the emperor during the hot summer. This palace not only has a lake, that is said to have taken over 100,000 workers to expand, but an amazing marble boat, a graceful 150 meter spanning bridge, a Buddhist temple and more. 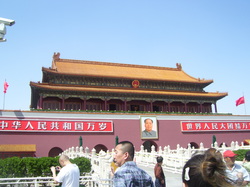 Forbidden City, Beijing
Forbidden City: The city received its name after being off limits to the public for 500 years.  This palace was home to the emperors in both the Ming and Qing dynasty. At one time all uninvited guest received the punishment of death for entering the city, now you are allowed to see what others risks their lives for. 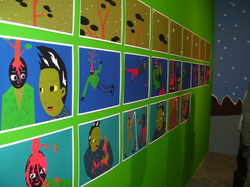 798: On the edge of the city is an area that is completely composed of art.  Statues, painting, carvings anything that an artist can image is displayed here. This area have been said to feature some of the most create works of Beijing and China. 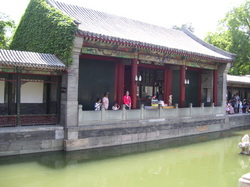 Hou Hai: Here there is something for everyone. Centered around a beautiful lake area that comes alive at night with an amazing night life featuring many bars hosting all types of live music. Next to these bars host the Hutongs, which are the traditional houses that one might visualize when the picture ancient China. 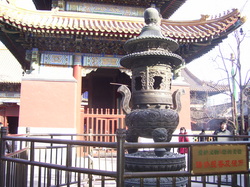 Lama Temple: This temple has been called, “Beijing’s most enthralling Buddhist temple…” by Lonely Planet. This temple is the most famous Lama Temple outside of Tibet. Spend an afternoon in peace and tranquility. 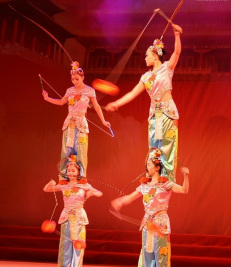 Acrobat Show: China acrobats are world renown for their high level abilities in their arts. Many people leave a show in amazement at the performance, whether it is juggling, ball bouncing, plate spinning, gymnastics or more. While in China an acrobat show is a must for the whole family. 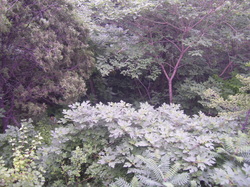 Fragrant Hills Park: From the top of the hill one is able to see an extraordinary view of Beijing. This view, along with the beautiful nature, makes this park a favorite for people wanting a nice hike with nature. The Fragrant Hills Park is especially beautiful in the fall as the leaves turn a beautiful color of red. 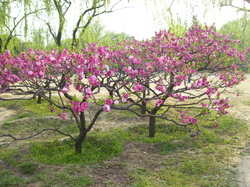 Beijing Botanical Gardens: Located in the North West of the city. This park contains over 3000 different types of plants. This place is a favorite among locals to escape the city and take beautiful pictures with love ones. 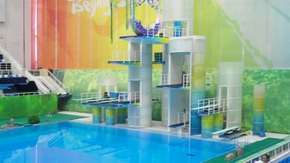 Olympic Stadium Tour: The world looked on in amazement at the opening ceremonies of the 2008 Olympic Games. Now, have the chance to see the famous stadium and pool for yourself. 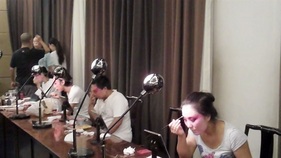 Chinese Opera: An art form that has been around for ages. Chinese opera is considered one of the first arts to represent the people with the stories always changing to capture their new beliefs. When one attends, they are not only amazed at the story, but the customs and the acting .
Terms & Policy | Privacy | Terms of Services | Copyright © ENFL.ORG | All Rights Reserved | Information on studying at home or at a Beijing University to experience China, Chinese Language, China culture.| Contact US |